Your Kingdom Come, Your Will be Done on Earth as it is in Heaven 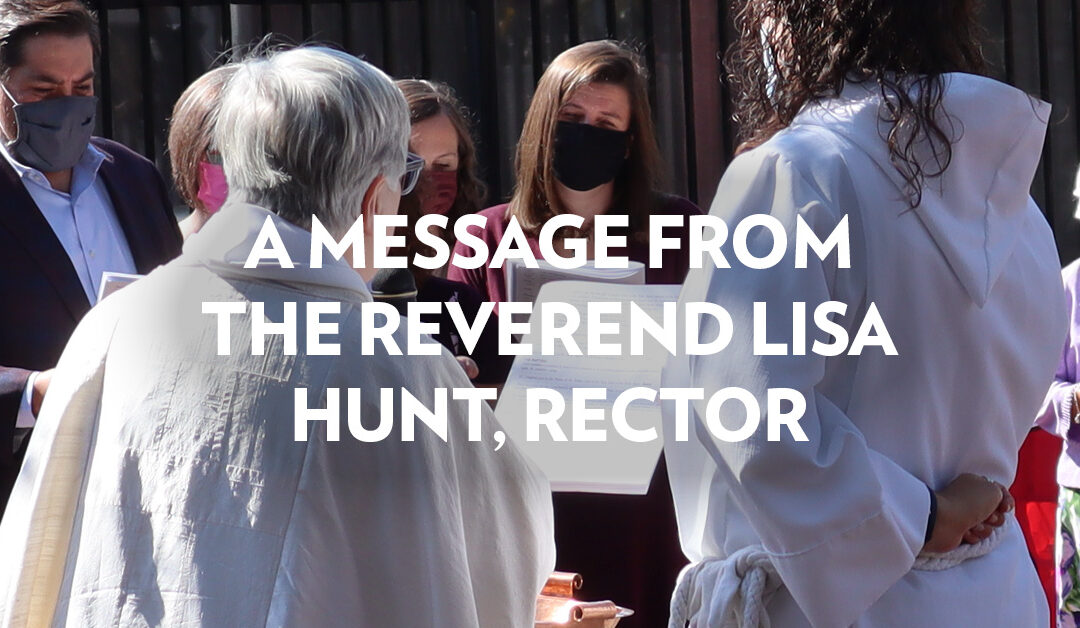 On Wednesday morning, the day after the massacre of 19 children and 2 teachers in Uvalde, Texas, I was leading chapel for students at our day school, children who were 15 months-12 years old. Many of the students and all the teachers were aware of the shooting. All of us felt heartsick. What to say? How to pray?

I had planned to explore the reality of the Holy Spirit and the spiritual gifts God gives to each of us. I decided to proceed with the focus on the Holy Spirit’s presence and power in and among us. First, of course, I needed to create space for the children and their teachers to name their feelings. They expressed sadness, anger, fear, anxiety, insecurity, grief, loss of control, and sorrow. We then moved to explore how faith is a mindset that informs action. The gifts of the Spirit I explained were wisdom, knowledge, awe, piety, fortitude, counsel, and understanding. I invited students to come up and choose a gift that they see in themselves, from that list or others, that they would like to cultivate; their way of making a difference in their worlds. We lit individual candles from the Paschal candle as an act of prayer and commitment. As they held their own light in silence, the glow in the room grew. The Spirit was palpable.

Tomorrow, Houston will host the national convention of the National Rifle Association. It will feature key leaders of our country and state, including former President Trump, Senator Ted Cruz, and Governor Greg Abbott. They will appear in the aftermath of the tragedy earlier this week in Uvalde. A similar coincidence took place after the shooting in Columbine, CO. Over these years collectively, we and our leaders have acted as if such events are natural. We have even cloaked the status quo in religious language and imagery; some of us aligning with white supremacists inadvertently.

Throughout his ministry, Jesus preached about the inbreaking of the Kingdom of God, the action of God to stir people to love and repentance, to fullness of life and healing. From his baptism to his ascension (which we marked this Thursday), Jesus was adamant about the reality of the Kingdom and its power fueled by love; in contrast to the power of Empire which was defined by greed and violence. The Holy Spirit is God’s life at work in and among us, enabling us to do more than we can ask or imagine.

As followers of Jesus, the Church points to the inbreaking of the Kingdom. We are commanded to seek the movement of the Holy Spirit and to look for God’s freeing action and to share in that ministry.

Gun violence is now the leading cause of death of children and youth in the United States. While we are keening from the events in Uvalde, the vast majority of gun deaths for children and youth occur at home from suicide, domestic violence, and accidents. This is not what freedom looks like.

Many members of the parish have reached out to express a desire to demonstrate together for peace and freedom from violence. There is a rally scheduled for tomorrow to be held at Discovery Green from noon until 3 p.m. Because there is a threat of a counter-demonstration from gun advocates, there is a potential for violence. I, along with the leaders of our Vestry, want to support parishioners who are called by the Spirit and their conscience to participate safely.

I recognize that many of us in our congregation own guns. We may not agree on policies or politics. However, I think that as Christians we can agree that the Kingdom of God is not governed by the Second Amendment. A witness for peace and non-violence is a testament to the power of love to create true freedom. May God’s kingdom come on earth as it is in heaven.

Suggestions for Rally Participation:
Meet at Palmer Memorial Church at 11:15 to ride the train to Discovery Green. Park in the lot at Cambridge and Fannin. A security guard is on duty.
Wear comfortable shoes.
Wear a hat and sunscreen.
Bring water.
Write a contact number on your arm in Sharpie.
Bring your cell phone. We will create a group text to keep track of each other so that we don’t get lost.
Feel free to bring a sign; a suggested slogan is “Peace in Our Communities,” but please feel free to create your own.